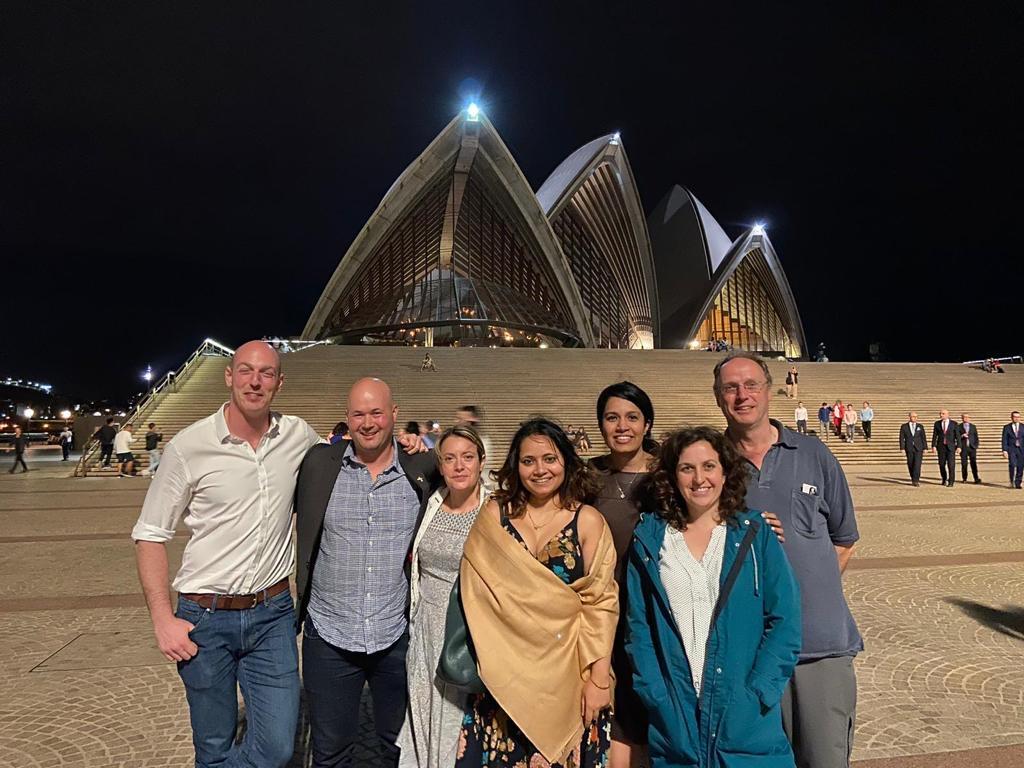 In February, Jim left the Cambridge winter behind and joined an exclusive 11-day trip to Australia with the EEN’s Global Business Innovation Programme (GBIP). Here’s how he got on.

GBIP invited 12 UK agri-tech companies to explore the farming industry in Australia, where we could learn from growers and farming innovators there and make new international connections. GBIP was particularly interested in selecting companies that are currently working on precision agriculture, technology for diminishing food waste, farm data management, AI, and robotics. The other companies that attended had a huge variety of products, backgrounds, and missions, but we all shared the ultimate goal of helping growers improve agriculture.

All of the UK delegates were really fantastic, such as David Trehane from Cropdesk, Ian Wheal from Breedr, Sushma Shankar from Deep Planet and Gareth Davies from Yagro. While we were there to learn about the Australian grower market, we were also there to make connections and meet future clients. We were supported on the trip by the UK team from the Knowledge Transfer Network (KTN) who made some fantastic introductions for our UK companies to Australian growers.

For Outfield, this trip was an opportunity to grow our international knowledge, especially following on from what we learned at Fruit Logistica. We got to see the similarities and differences between European and Australian growers and markets.

We started at an Asian-Pacific focused agri-food tech conference called evokeAG. It was a really pleasant atmosphere and I felt that the Australian grower ethos is quite future-oriented. The presentations I saw at evokeAG and throughout the rest of the trip solidified that opinion for me, as Australian growers need to be pragmatic and innovative to make the most of the climate they operate in.

It wasn’t just Australians at the conference, as to my surprise I ran into Lars Blikom, CEO of Farmable. I’d last seen Lars in London and was delighted to hear the Farmable app receiving many accolades from growers in Australia. Equally surprising, a radio producer overheard me discussing how Outfield can reduce in-field waste with its apple data analysis, and I was asked to do a radio interview right then and there. Here’s a picture just before I went live!

Following evokeAG we took a tour of New South Wales, visiting Sydney, Armidale, Wagga Wagga, and Orange. Agri-tech is big business in Australia, and our GBIP group made a TV appearance on Australia’s 9 News. Wherever we went, we received a warm welcome from the local growers and plenty of interest in what our companies could do. One of the most fascinating places we visited was a very modern fruit packing house in New South Wales, which was using some new and cutting edge techniques from the Netherlands.

Australians have a great attitude toward agritech – they are very willing to be forward thinking and make investments in technology because they have certain pressures on their industry unlike other places in the world… More on that in my next post!

April 8, 2020
This website uses cookies to improve your experience. By using this site you agree to our use of cookies.Ok